Our mission is to provide support and wellness to our fellow firefighters and their families though the process of listening , referral and support.​

​Each member of the Orlando Firefighters Peer Support Team has been trained to guide and support you through your situation.

Orlando Firefighters Peer Support Team members are not professional counselors. However, each team member has been through extensive training to listen, refer, and support you through your mental health needs.

Each member of the Orlando Firefighters Peer Support Team can be contacted directly and anonymously.  (MORE)

UCF’s Center for Resarch and Treatment On Response to Extreme Stressors:

Post traumatic Stress Disorder (PTSD) is an anxiety disorder that can occur after someone experiences a traumatic event that caused intense fear, helplessness, or horror.

PTSD can result from personally experienced traumas (e.g., rape, war, natural disasters, abuse, serious accidents, and captivity) or from the witnessing or learning of a violent or tragic event.

While it is common to experience a brief state of anxiety or depression after such occurrences, people with PTSD continually re-experience the traumatic event; avoid individuals, thoughts, or situations associated with the event; and have symptoms of excessive emotions.

​People with this disorder have these symptoms for longer than one month and cannot function as well as they did before the traumatic event.

PTSD symptoms usually appear within three months of the traumatic experience; however, they sometimes occur months or even years later.

Sleep deprivation occurs when a person does not get sufficient amounts of quality sleep. Work demands, family life, and lifestyle choices may cause a person to sleep fewer hours than their body needs to maintain wakefulness and energy levels.

In the Fire Service most of us work 24 hour shifts and run numerous calls after midnight. Getting up in the middle if the night multiple times interrupts the body’s natural wake/sleep cycle. Over time deprivation of sleep can have both an acute and cumulative effect on our bodies and minds.

SIGNS AND SYMPTOMS OF SUICIDE RISK

According to the American Association of Suicidology, the following are signs and symptoms of suicide:

Ideation- Having suicidal thoughts or ideations

Substance abuse- excessive or increased amount of substance use

Purposelessness- feeling no reason for living

Anxiety- anxiety or agitated with insomnia or excessive sleep

Trapped- feeling no way out of the situation they are in

Hopelessness- having no expectation of good or success

Recklessness- Acting or engaging in risky or reckless behaviors

There is absolutely nothing wrong enjoying and ice cold drink or two with some buddies; however, when one drink starts to turn into fifteen frequently then it might be time to recognize a potential problem developing.

Alcoholism (aka alcohol dependence) is when a person shows signs of physical dependence on alcohol, constantly having a strong need to drink, and loss of consumption control. Not only does alcohol lead to physical and mental health issues, it can put strains on relationships and responsibilities.

Alcoholism starts controlling every aspect of your life and more often times than not will destroy everything in its path.

People who suffer from secret or concealed depression usually do not want to acknowledge how serious their feelings are.

They often put on a “happy face” for others so they do not feel judged. Click on the link below to find out what the six signs of concealed depression are. 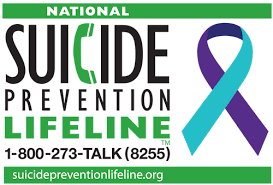 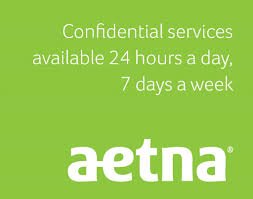 Edward A. Kelly @iaffpresident ·
1 May

On behalf of ⁦@IAFFNewsDesk⁩, I was proud to receive this award from Republican Main Streets & had the opportunity to gather with over 20 GOP members of Congress to discuss fire fighter issues.

I'm proud to stand in solidarity with our brothers and sisters at our rally on Capitol Hill to fight for collective bargaining rights for firefighters! Firefighters should be able to sit at the table and discuss fair wages, safe working conditions and a dignified retirement.

Many thanks to @ChrisVanHollen for speaking at the #IAFFLEGCON & for your advocacy & support for fire fighters in the U.S. Senate #LegCon2022 #firefightersfirst